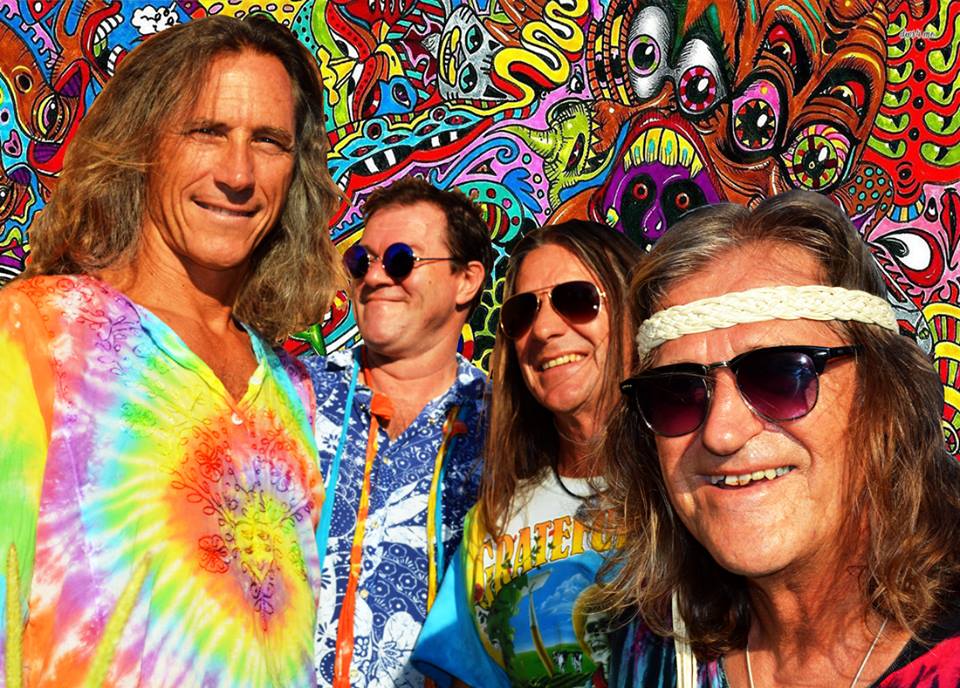 They’re back, the Late for Woodstock boys are back in town so be sure to put on the flares and the tie-dye and get along to catch them from 8.00pm. PEACE MAN! Late For Woodstock 60’s 70’s Tribute band Keeping the Sounds & Soul of the Woodstock Era Live! The 60’s and 70’s did more than just pass by – they gave rise to the adolescence of a new world. This legacy of peace, love and world vision was etched in stone by an amazing collection of songs and sounds that captured the essence of mankind’s most creative years in music. Musicians were bursting with a level of creativity that has never been surpassed. Sharing a passion for the music from this iconic era, four inspired musicians formed Late For Woodstock in 1998 to bring these classic sounds and images back to life. Advancing the mantra ‘Tune In, Turn On & Rock Out’, Late For Woodstock took their music to venues across Queensland and NSW in the late 90’s. They soon developed a loyal following as people began to rediscover that the music of the nostalgic Woodstock era was alive and kicking. Faithfully recreating some of the best songs ever written, Late For Woodstock form a connection with audiences that now spans three generations. Over the years, Late For Woodstock has amassed an extensive playlist of classic hits from artists like CCR, Led Zeppelin, Lynyrd Skynyrd, Pink Floyd, Rodriguez, Jimi Hendrix, Bob Dylan, Neil Young, Santana, The Doors, The Rolling Stones, and too many more to mention.Eighteen years on and, like a good wine, this band just keeps getting better with age. Few on the covers/tribute circuit last this long, but Late For Woodstock show no signs of slowing down. Their longevity is testament not only to the popularity of the songs and artists to which they pay tribute, but their passion-fuelled performances and authentic sound which consistently deliver an awesome and nostalgic experience for all.If you share the love for this incredible era of music, do yourself a favour – get along to see Late For Woodstock and experience for yourself what all the fuss is about.